There are many aspects of reality under the umbrella of paranormal phenomena. For ghosts there are two main types. Once you know their traits you will begin to distinguish which grouping paranormal testimonies fall into and what can and cannot occur in that locality as a consequence. They are:

Group B: Intelligent Spirits – of the deceased

There is also a third group to understand:

Group C: Empathic residue.
This is both a category – natural ambiance, and a subcategory of A. & B., where every action and emotion leaves behind an energetic residue. If the conditions are met, they are both symptomatic of unaccountable empathic feelings. This is easily one of the most common and misattributed forms of paranormal manifestation.

Moving back to Group A and B:

Group A: Impressionistic Phenomena
Ghosts in this category are not aware of you. There is no interaction, so there is never any poltergeist activity when this is the only phenomena associated with a location. It represents a snapshot of an earlier time and can be accompanied by the whole scene being transformed to an earlier period. What you are observing is still taking place. It is like looking through a corridor or window through time, and it is more often the same sequence that is observed, like a segment of time in a loop.

There is also Psychokinesis, manifesting with the same characteristics but from a living person. This can either be consciously induced, or unconsciously manifest through one predominantly going through puberty and rarely lasts beyond their teens. There are also other aspects.

Attributes of Group B.

Confronted with an incident defying the laws of physics such as a coffee cup moving from A to B, we can use our imagination as a scapegoat to deny it happened, or conversely, we can read too much into it and conjure our favourite horror film as a qualification for what could happen next. In this regard it must be understood, the paranormal and the imagination have never gone hand in hand.

For all the imagination we think we have, we need a trigger to activate it, otherwise it is not your imagination at play. Therefore, during or after an experience the imagination can go wild, but not before the onset of phenomena, that is very important to remember. The phenomenon occurs, the imagination then goes crazy, never the other way around. Once phenomenon has occurred it becomes fair game, and we can conjure things that are far more disturbing, violent and damaging than spirits of the deceased could ever wish for or conceive of.

Continuing with Group B. Spirits of the deceased

Why are they here?

The answer is our spirit. The spirit drives an awareness partially recognised by our subconscious and far more profound than physical consciousness can comprehend. Following death, our awareness is imbued with the culmination of everything experienced whilst alive. Unless our death is premature at birth, we will always leave with more than we arrive with.

We are intelligent (apparently), and like the meditative state, this is awareness without thought, it is a knowing, but it is not gnosis. As with our arrival in this world, and contrary to popular belief, there is no immediate enlightenment following death. The existentialist questions dwelt upon in life are not met with anything other than our awareness of a seamless continuation in death. A juxtaposition as natural and automotive as breathing. When we die the spirit naturally progresses to the next stage of our existence. However, there are anomalies. The first is where the spirit, given particular circumstances, returns by merging through the vibratory planes to the physical, resulting in personal visitations to subtly notify continuation to loved ones, to watch over, to protect, or for unfinished business etc.

The second is a very rare anomaly whereby the continuation or progression of the spirit following death has been suspended ‘between worlds’ so to speak. Those in this state have slipped through the net of the dynamics dictating this natural progression experienced by the majority. A jarring of the spirit has occurred, whereby: 1/ the energetic impact on the locality of death, 2/ reinforced by a mix of energetic mental stimuli (perhaps generated through circumstance), and 3/ often coupled with the natural energy already present in the physicality, 4/ have all transpired to hold the energies of the spirit in a form of vibratory stasis, 5/ a suspension of our state of being in what could be deemed a flux of intelligent vibratory energy held in the physical, 6/ thus preventing its immediate progression.

There is no telling who it might happen to, and we are not given a choice per se as to whether we are going to remain in the world we inhabited when living. If we find ourselves held by such a circumstance, we are tied to the environmental location or specific area that has a personal association for us. This is our sphere of involvement, and is generally where we met our end or lived out our days. This sphere can cover quite an area and its scope is very involved, albeit restricted. Like the ghost of Lady Kinkell who roams her former estate by St Andrews, or the neighbouring ghosts of Kingask (Fairmont) for the same.

Operating through laws unimpeded by illusory physical constructs, there is no dependency on any currently known laws of physics. They are no longer part of the same physical vibratory frequency, which is why they do not share in the same physical space. The only physical quantification of their existence is through our observance of their influence. They interact with physical reality by altering the vibratory nature of the physical in conformity with their will – rather than thought. This is instantaneous, but there is little control once initiated.

A peaceful death and weak spirit can be held energetically just as readily as the violent energies of a fatal situation; a sudden death typified by suicide, murder or accident for example. The former is subtle, the latter more stereotypical when it comes to mundane attempts at explaining their nature.

When experiencing phenomena, an energetic link is created. Any attempt at understanding their nature through the physical or psychological state alone, to put a finer point upon it is futile. These are not theoretical constructs I speak of. Some will recognise it as coming through experience in the spirit. 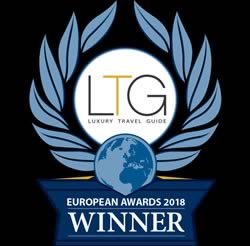